We Will Literally Buy Any House in San Antonio, TX. We Just Proved It! 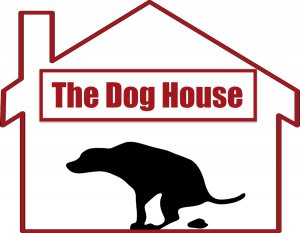 Here is the story of a house we recently purchased from a landlord whose tenants trashed his house before getting evicted. We’ve nicknamed this house the Dog House for reasons explained in this post.

Rental properties are risky business.  One bad tenant can ruin your whole experience and cause tens of thousands of dollars in damage. In our business we’ve seen hundreds of houses in need of repairs, but we think this one might get the title of Worst House.

Our story begins when the landlord, Jack (not his actual name), contacted us about one of his rental properties that he no longer wanted. Jack told us  about how he’s a San Antonio native who worked hard and saved money throughout his career so he could buy a couple rental properties when he decided to “retire”. He then told us about how his tenants had completely trashed his home before the eviction process was completed. After his exhausting ordeal he decided that rather than dealing with repairing the house and potentially getting another batch of bad tenants he just wanted to sell the house and be done with it. He was concerned that we wouldn’t be interested in buying the house since it was in such bad shape, but we assured him that we’ve been around the block a time or two and we’ve purchased plenty of houses in need of repairs, so we’d be more than happy to go out and take a look. We’ve definitely seen our fair share of pretty banged up houses during the 9 years we’ve been buying houses in San Antonio, but even we weren’t prepared for what we were about to walk into…

From the front of the house it actually didn’t look so bad. The house had decent curb appeal and with a little landscaping and a bit of paint it could actually look nice! As we walked up to the door, Jack mentioned the place had been closed up without any airflow for about a week so he was going to stay outside while we checked out the house and did our appraisal. We didn’t  think anything of it since we’re used to San Antonio summers and weren’t worried about a little heat. What we failed to realize was that Jack was trying to warn us, not about the summer heat, but about the stench that was about to bombard our senses. Think of the worst thing you’ve ever smelled, now multiply that by about…7,582. The smell hit us like a brick wall and just about knocked us out cold. We quickly staggered back outside (wishing we’d had the foresight to bring a gas mask), took a deep breath, and bravely walked (more like ran, really) through that house in about 10 seconds flat. It was our fastest appraisal yet!

We actually don’t know anything about the dog or more likely dogs that caused the damage to the house, but based on the amount of damage and the shear quantity of dog “stuff” left behind, there must have been multiple dogs living and constantly relieving themselves inside this house. We’ll probably never know what happened exactly; maybe the tenants were trying to start their own traveling circus (apparently only dogs were allowed in this circus) or maybe they were playing host to a pack of transitory wolves. Regardless of what happened, we thought we’d add a bit of light to this post with a picture of some puppies (because everybody loves puppies)!

We won’t go into a lot of detail here, but we will say that it was everywhere… and we mean EVERYWHERE!

Once we’d made it safely back outside and had a moment to catch our breath,  we made a fair cash offer on Jack’s house which he was happy to accept. Although the smell of the Dog House might haunt our dreams forever, it’s nothing that a hot shower, 5 gallons of bleach, and a few years of therapy can’t cure. In all seriousness, we were really happy to make a deal with Jack and glad that we could help him out of the sticky situation that he didn’t want to deal with. This house was definitely one for the books… or at least this blog.

Well, we’ve always said that we’ll buy any house in San Antonio, TX (or the surrounding area) and this house just proved it! Clearly we’ll buy any house in any condition. This house smelled like death and will take a lot of time and effort to repair, but we were still able to make a deal and we hope to restore this house back to it’s former glory. Stay tuned for a follow up post showing the transformation of the Dog House!

If you’re a homeowner stuck in a similar situation, give us a call and we’ll be happy to make a cash offer on your house. To find out how much we can pay for your home, click here now and fill out form or call our office at (210)951-0143

Check out our Reviews

Get Your Fair Cash Offer: Start Below!

Oops! We could not locate your form.

Check out our Reviews